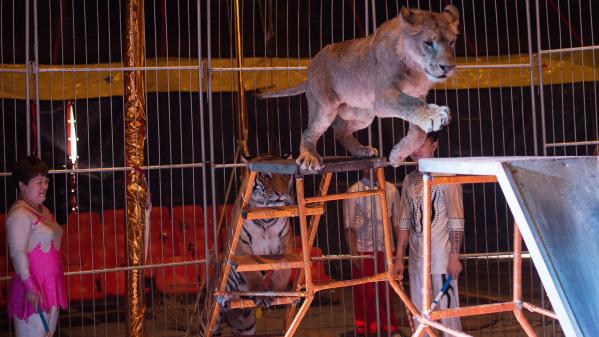 Roger Falck, trainer of the Piste aux étoiles circus, has lived alongside his tigers and lions since he was five years old. Over the years, he has learned to tame them. « For animal associations, having an animal in captivity is mistreatment […] Today, we present the complicity that there can be between man and animal« , he defends. The law which would ban wild animals in circuses calls into question his way of life and his working tool.

The traveling circus trucks have been stationary for seven months because of the coronavirus. This is a first for the Falck family, who, since 1804, have traveled across France to offer their shows. The family affirms it: never, in its circus, an animal was mistreated. But the cases of violence revealed in other circuses discredit the entire profession. According to conservationists, wild animals have nothing to do in captivity. Roger Falck sees things differently: « They are wild animals, but domesticated. «

The other subjects of the news