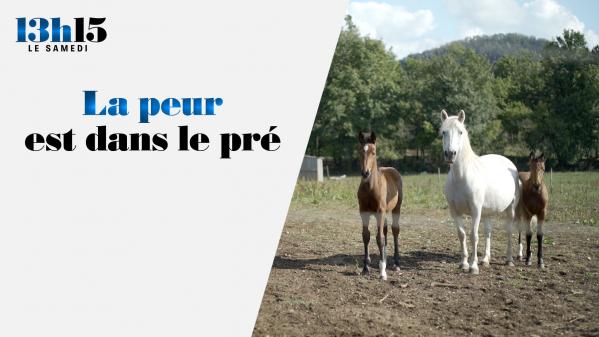 Since the start of 2020, horses have been the target of attacks in several French departments. They intensified during the summer and nearly 400 mutilated equines were reported to investigators.

The Central Office for the Fight against Attacks on the Environment and Public Health (OCLAESP) coordinates the follow-up of investigations in order to analyze their elements. In the state of the investigations, 71 would have been tortured by the hand of the man.

As no author has been identified, fear is spreading in the French countryside. The owners and the breeders organize themselves to watch their animals at night, but the gendarmes have asked them « to call the police and not to intervene themselves ».

For this document signed Vincent Fichmann, Nicolas Ducrot and Guillaume Salasca, the magazine « 1:15 p.m. on Saturday » (Twitter, #13h15) went to Brittany and the Jura, where the emotion is great, to meet Anne, Joseph and Séverine. They tell about their passion for horses, but also their concerns …

> Replays of France Télévisions news magazines are available on the Franceinfo website and its mobile application (iOS & Android), « Magazines » section.